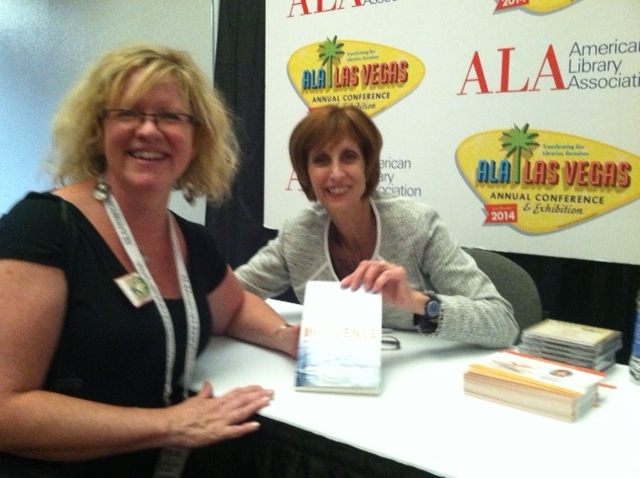 It was a privilege to speak last week at the American Library Association conference in Las Vegas, NV.  The focus of my talk was on how librarians can address the leadership challenges they face today not by morphing into Extroverts but by drawing from an array of “introvert friendly” tools and approaches.

Prior to the speech I interviewed several leaders who were attending the program. I learned about how maintaining relevancy, shifting to linked data and generational shifts in the workplace are some of the hurdles faced by librarians today.

Libraries and librarians have had a special place in my heart. My Dad, Alvin Boretz was a screenwriter who grew up in the Depression and books where his lifeblood. The library was his second home and it became mine. Dad led the renovation and transformation of our local library. In an act of seeming reciprocity, the library system returned a gift to him.  In later years, his collection of scripts, notes, letters and research were catalogued at the Film and Theater Archives at the University of Wisconsin . I wrote a blog post about the wonderful librarian who took on the project as well as our visit to that special place.

I will always remember the warm reception and appreciation for introverts shown by the crowd. At the book signing after my talk participants received copies of Quiet Influence: The Introvert’s Guide To Making A Difference and Steve Piersanti, CEO of Berrett-Koehler  spoke with a few of the people waiting on line.  One young woman, Jessica Johnson, a masters candidate in Library and Information Science at Emporia State University, shared the sentiment many people expressed.  She said, ” ……I felt that you were talking to me.  I can be myself and don’t have to try to be someone else.”