Dr. Brian Little’s TedX Talk, Confessions of a Passionate Introvert is great fun and highly relatable. Dr. Little was profiled in Susan Cain’s book Quiet. He also made a few points that resonated with me and a few that I question.

1) Many people don’t believe he is an Introvert. I constantly am told this from Introverted leaders.  This is all because they act “as if” they are confident and expressive. Dr. Little calls it acting “out of character.” Introverts tell me that playing an outgoing role is required in most organizations and so they play the part.

2) Extroverts and Introverts respond to optimal levels of arousal. This has to do with the Neocortex in the brain. E’s often are depleted when there is not enough going on. I’s on the other hand are happy when the stimulation is low.  I learned in my research that there is even a term called “bathroom solitude. ” Introverts will escape to bathrooms as a respite from all the noise they encounter. My introverted husband Bill visibly winces when he is quietly cooking dinner and I enter the room with talk, turned on light switches and music:)

3) Extroverts get personal more quickly. They move close in conversations and get familiar faster. “Charles” becomes “Charlie” in that first meeting. Introverts on the other hand, take their time in getting to know you and “Charles” remains “Charles” until given permission to use a nickname like “Charlie.” I also often encounter Introverts who wonder why Extroverts move into their physical space. Extroverts are frustrated trying to connect with Introverts through eye contact and light touching as they make their points.

4)  Introverts are less direct than Extroverts. He cites the example of his colleague who wasted no time in describing someone as an “___hole” whereas Dr. Little beat around the bush in describing this person. I don’t agree with his view on this difference. I know plenty of Introverts who get to their blunt point quickly! I suspect there are other personality factors at play here.

5) Introverts have less sex than Extroverts. He shows a chart that indicates that both male and female Extroverts have more sex than Introverts. While this is intriguing I wonder about his research. Like most sex research, it was most likely self-reported and we know about the questionable reliability of that data!  Perhaps the Extroverts exaggerated their numbers? Dr. Little did mention that in addition to quantity we need to consider quality.  I will have to ask my friend Sophia Dembling, author of The Introvert’s Way and the upcoming book Introverts In Love  about her opinion on this one.

I give Dr. Little points for his stance as a “Passionate Introvert”. This “Passionate Extrovert” is glad we can bring humor into the discussion of our differences. The Comedian Victor Borge was right when he said, “Laughter is the shortest distance between two people.” 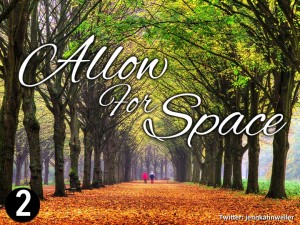 Thankfully the veil of confusion and ignorance over introversion is slowly lifting. More people realize that being an introvert does not mean you are a wallflower, misfit or anti-social geek. They realize that introverts have many strengths and draw on their vibrant internal energy. The explosion of the Myers-Briggs Type Indicator, a plethora of press attention on introversion and the popularity of Susan Cain’s book Quiet and others have all contributed to this welcome shift.

Between 2009, the publication date of my first book, The Introverted Leader and 2013 when Quiet Influence came out I have tracked this openness to learning about the topic of how Introverts can thrive and how we can get the best out of them in the workplace.  As an example, here are some comments I received after a program I delivered last week at Freddie Mac where introversion is being embraced and seen as another key element of valuing differences:

“ I didn’t realize I really am more introverted and need to honor my time for solitude.”

“I learned a lot about my sister and her potential to become a great leader. I also learned more about the introverted part of myself. “

“ I am going to swing by my boss’ office today and give him his needed face time.”

“I reached out to a colleague by phone rather than email, I really needed him to hear my voice.”

How much do you know about introversion? Take this quiz to test your knowledge about how being an introvert and using the strengths of quiet influence can make a real difference in getting results. 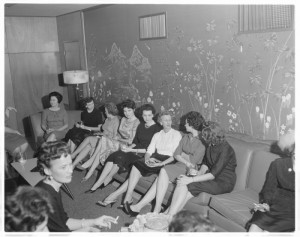 My colleague Susan Cain, Author of the blockbuster Quiet  asked me to respond to one of her readers. Here is what Susan wrote: “I received a letter from a reader named “Lily” who describes herself as extremely quiet and shy.  Lily is part of a women’s group called the “Super Women Sisterhood” which is comprised of eight very boisterous, extroverted women.  When Lily attends the meetings she feels invisible and overwhelmed, and she worries that the women feel she is being anti-social or snobby. She wants to feel comfortable with the “Super Women Sisterhood” because she feels it will become a supportive, nurturing environment once they understand her.  She asked me to suggest some strategies or ice breakers to help her connect to the women and help them bond and learn more about each other. END_OF_DOCUMENT_TOKEN_TO_BE_REPLACED

Many of the most effective leaders are self-contained ‘inner processors’ who are nonetheless extremely capable of getting results. This book shows you how to get the most out of yourself and others whose management style is different.

— Brian Tracy, author of The 100 Absolutely Unbreakable Laws of Business Success and Eat That Frog!