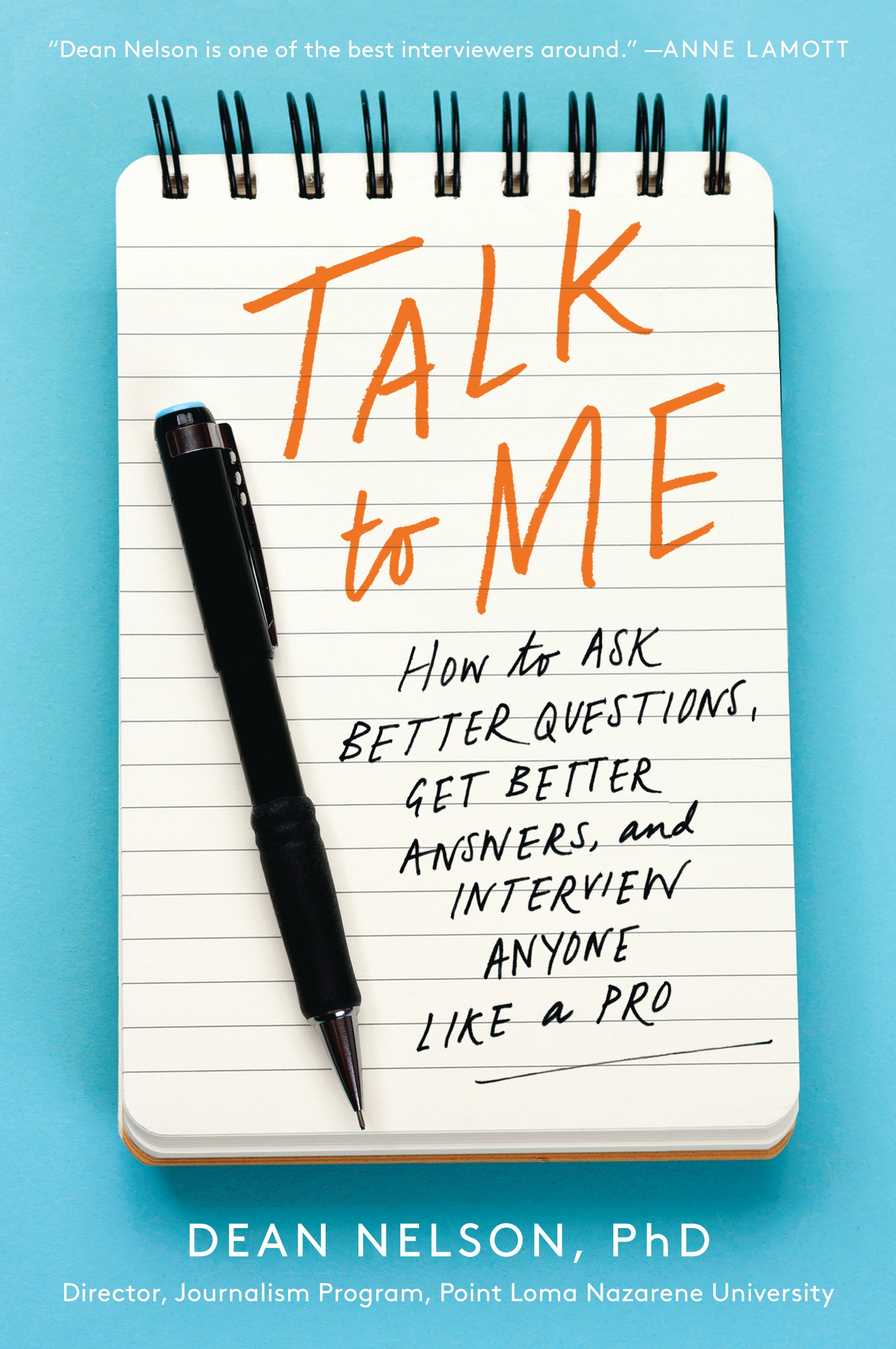 Do You Know the Secret to Being an Ace Interviewer? Introverts Do!

I met author and journalism professor Dean Nelson last year at a writing workshop. I was so pleased to hear that he has incorporated many practical lessons about interviewing into his new book, Talk to Me: How to Ask Better Questions, Get Better Answers, and Interview Anyone Like a Pro. We both agreed that preparation is the absolute key to ANY successful interview. So whether you have a project or a podcast, check out Dean’s tips in the guest blog post below.

There is a myth out there that the only people who can get sources to talk to them are the hard-charging extroverts, the people who exude confidence through their pores, who have no trouble walking up to strangers and getting them to say things they wouldn’t say even after the fourth waterboarding treatment.

There are some people who see no stranger danger, but most of us are a little more reluctant. Most of us know full well that it takes a willful suspension of discomfort to interview a stranger.

One of my favorite movies is Almost Famous, which is based on a true story of Cameron Crowe’s experience of being on the road with a rock and roll band. The movie is a terrific tribute to rock, and a poignant coming of age story. But if you watch it through the prism of interviewing, it is a clinic on how to conduct interviews when you lack confidence. The main character, William, is 15. And the best way to describe him is “awkward.”

Early in the movie he gets an assignment from the Creem, the rock magazine, to interview the band Black Sabbath. But that interview doesn’t work out. It seems he wasn’t assertive enough. As he trudges away from the arena where they blew him off, another band passes him. He follows them to the stage door and tries to engage them.

“Hi, I’m a journalist. I write for Creem magazine,” he says.

This band is equally dismissive. He seems discouraged, but tries one more thing.

“Russell. Jeff. Ed. Larry,” William says, instantly gaining credibility. “I really love your band. I think the song ‘Fever Dog’ is a big step forward for you guys. I think you guys producing it yourselves, instead of Glyn Johns, was the right thing to do. And the guitar sound was incendiary.”

William gestures with a fist, says, “Way to go,” and starts to walk away.

“Well don’t stop there,” one of the musicians yells.

Then the backstage door opens and they pull him in with them.

Preparation will triumph over personality every time.

Here are some questions you should ask yourself when you consider talking to a source, a client, a customer, a witness, or whomever else you think might be reluctant to talk to you:

And here are some methods that will give you confidence as you enter into that conversation:

Doing these things won’t make you someone you’re not. They’ll make you comfortable with who you are, so that you can be authentically you.

If you’re authentic and prepared, you’ll be amazed at the access people will give you. They might even call you incendiary!

Dean Nelson, Ph.D., is the founder and director of the journalism program at Point Loma Nazarene University in San Diego, and the host of the annual Writer’s Symposium By The Sea. His new book, published by HarperCollins, is “Talk To Me: How To Ask Better Questions, Get Better Answers, and Interview Anyone Like a Pro.” This essay is adapted from that book.

See his interviews with writers at www.deannelson.net