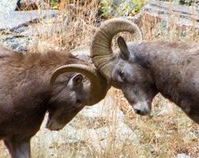 We live in a divided world. An estimated 50 percent of people fall on either the introvert or extrovert side of the spectrum. With those odds, chances are that you have interacted with and will interact with your opposite often.

Introverts and extroverts can create great harmonies together. Or their relationships can implode. Whether the outcome is wildly successful or totally disastrous is likely determined by whether they are in sync—or butt heads—with each other.

There is no way to assess how many breakthrough ideas never broke through because opposites could not get over the barriers their differences caused. But consider these examples:

Perhaps you have a few examples like these in your own life. Maybe you’ve left a project because one of the key team members was an opposite type to you and the frustration overcame you. Maybe you left a job because you couldn’t work through your differences with your supervisor.

There are many reasons opposite partnerships in business don’t make it. Here are three of the major ones.

The relationships of high-performing duos don’t just happen. Even as leaders with experience under our belt, we can let those with different styles crawl under our skin. Introverts don’t talk fast enough. Extroverts won’t stop interrupting. And under stress, introverts tend to shut down while extroverts go into hyperdrive. That is when potentially productive conflicts become stalemates.

Introverted Gene Siskel and extroverted Roger Ebert, film critics, had a hit show together for 13 years, yet they vehemently hated each other. Clips from their interviews reveal a complex relationship in which they bickered and laughed, both on and off camera. But they had a hard time getting past their differences. They had to learn to act like friends and stop competing so their audience could reap the benefits of their great show.

My daughter, Jessie Kahnweiler, is an LA-based filmmaker and an extrovert. She hired Liam, an introverted director of photography, for one of her complicated film shoots. As they were scoping out shots, Jessie spilled over with ideas. However, she sensed that Liam was not sharing in her excitement and she became frustrated. That is, until the day of the shoot when he appeared with a large notebook of carefully thought-out shots that had incorporated many of her suggestions. Jessie realized that Liam had the same level of enthusiasm as she did but approached it in an internally focused, methodical way. He was a planner and needed time to sort things out in his head—something she needed. His strengths were her weaknesses.