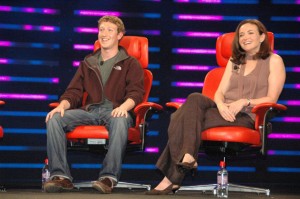 I have been hearing the cry of “enough already” from Introverts. Here is a well expressed example from an introverted virtual assistant.

“Much of my work as a virtual assistant involves social media these days. Initially, this was much easier for me to handle as an (extreme) introvert.  Strangely enough, I find that as friend counts climb and the volume of online communication grows, I react with the same sense of overwhelm, stress and exhaustion as I do to live or phone communications. Have you heard this from others?”, she asks.

I spoke with a social networking guru recently who told me the trend is moving away from massive social networks with random friends and towards more selective managable lists of contacts. He pointed me towards FourSquare, a cool application that lets you share places and updates with friends. This may be one answer for introverts (and extroverts alike) who want to get a handle on more meaningful connections.

Jennifer Kahnweiler shows millions of introverts how to harness the strengths they already have. It is the must-have guide to greater insight and impact that we’ve been waiting for.